VOICES BEYOND THE WALL: TWELVE LOVE POEMS FROM THE MURDER CAPITAL OF THE WORLD

Voices Beyond the Wall: Twelve Love Poems from the Murder Capital of the World 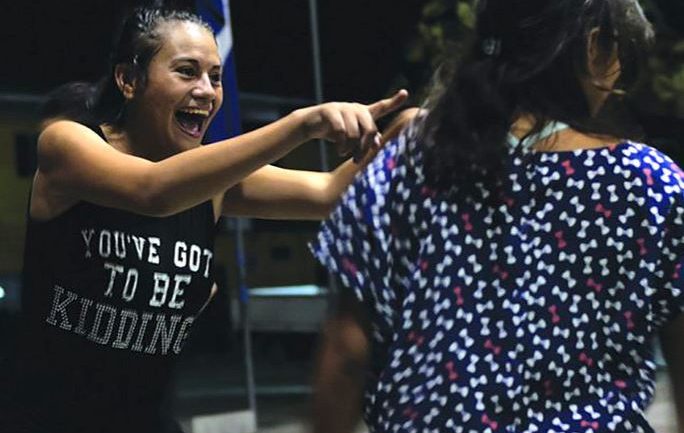 Voices Beyond the Wall

Founded twenty-five years ago in San Pedro Sula, a Central American city infamous for its poverty and violence, Our Little Roses is the only girls’ orphanage in Honduras. Seventy girls, aged one to eighteen, have found refuge there from broken and destitute homes, murderous streets, and the neighboring Bordo, the worst slum in the Americas. Inside twenty-foot-high concrete walls topped with barbed wire, the girls receive medical attention, food, shelter, and the nurturing care of a vibrant and entirely female collective of other “desechables” (a slang word for orphans, also used for “disposable containers”). “Voices Beyond the Wall: Twelve Love Poems from the Murder Capital of the World” explores the question: how do those subjected to profoundest trauma and rejection begin to heal themselves and change the course of their lives?

Brad Coley began his film career in 1983 when his short film “Victims of Circumstance” received the Best Film Award at the NYU Film Festival. That event led him to Los Angeles where he worked as a screenwriter and script doctor. Coley worked in various capacities of production including the camera and art departments of both documentary and narrative feature films. He also developed his own personal projects including Little People Productions, an innovative movie-making workshop for children on the Passamaquoddy reservation in Maine. Coley’s feature debut, “The Undeserved,” can be seen on IFC/Sundance Channel, and he recently completed his second feature, “East of Acadia.” Currently based in San Francisco, he has received the Leo Jaffe Prize and the W.T. Johnson Fellowship Award.

Voices Beyond the Wall