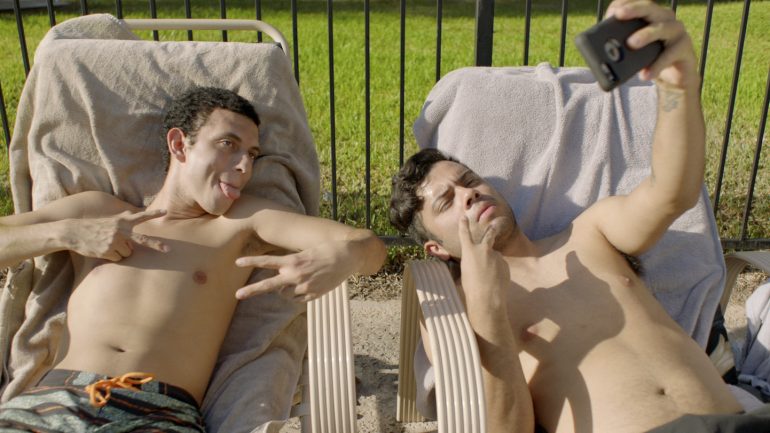 Matias is a bright teenager whose family struggles with harsh financial troubles. When he discovers ‘Los Ricos’, a wealthy family, are out of town, Matias breaks into their mansion where he and his friends spend an afternoon basking in the good life. The party is soon disrupted when a trouble-making relative shows up uninvited. Loyalties are then pushed to the breaking point as Matias’ desire for power in the house rises. Based on a true story. A group of troubled teens from a low-income community break into ‘Los Ricos’, the local mansion with a border fence, and spend the day pretending to be rich in order to forget their difficult lives.

Laura is originally from Pasadena, TX. She wants to live in a world where female directors are hired for 51% of the jobs in film and television. She is a solid, nurturing, and enthusiastic director committed to being an in demand film director. Laura’s directing strengths lie with her solid storytelling skills, powerful use of imagery, and her ability to inspire passionate performances from actors.

A graduate of NYU’s TISCH School of the Arts, Laura’s work has been highlighted on BrevityTV.com, The W Hotels, UCLA Medical Center, American Theater Magazine, New York Magazine and Vanity Fair. Her films have played at festivals around the world and her work has received financial support from IBM, the Austin Arts Commission, and Banana Republic. Between 1999 – 2001, she was Co-Artistic Director of the critically acclaimed award-winning theater company the dirigo group in Austin, TX. Having directed over 30 plays, her work with the dirigo group was honored by American Theater Magazine as one of twelve rising American theater companies “to watch” that were “hot, hip and on the verge”. She recently was named as one of SHOOT Magazine’s up and coming directors of 2016.