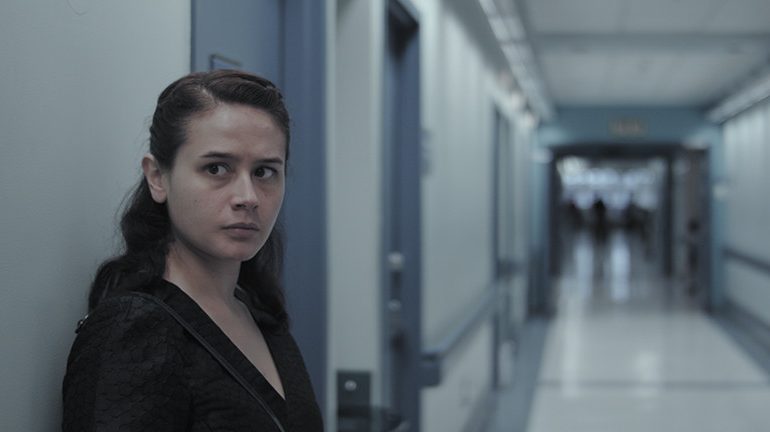 Claudia loves being a nurse. Handling adrenaline, controlling emotions, saving lives. At home everything is different: there’s a room to clear out, she needs to find a new roommate. Claudia cannot deal with her cousin Silvia’s recent suicide. Outside there’s work, her Aunt’s grief, an encounter with an old friend. Inside she is still surrounded by the usual sounds, the streets, the rain, neighbors at a distance. Everything sounds like Silvia. Everything reminds her of her inability to cry.

Born in San Jose in 1984, he studied Political Science at the University of Costa Rica and Film at EICTV in Cuba. He was selected for a Creative Residence at Concordia University in Canada, and he received the Best Short Film Award at the Costa Rica International Film Festival for two of his films: “Musgo” and “A partir de ahora solo nosotros”.
His debut film “The Sound of Things”, premiered at the 38th Moscow International Film Festival and won the Kommersant Weekend Prize. It has screened in festivals such as Biarritz, FILMAR and Mar del Plata.
He is currently developing his second feature film.