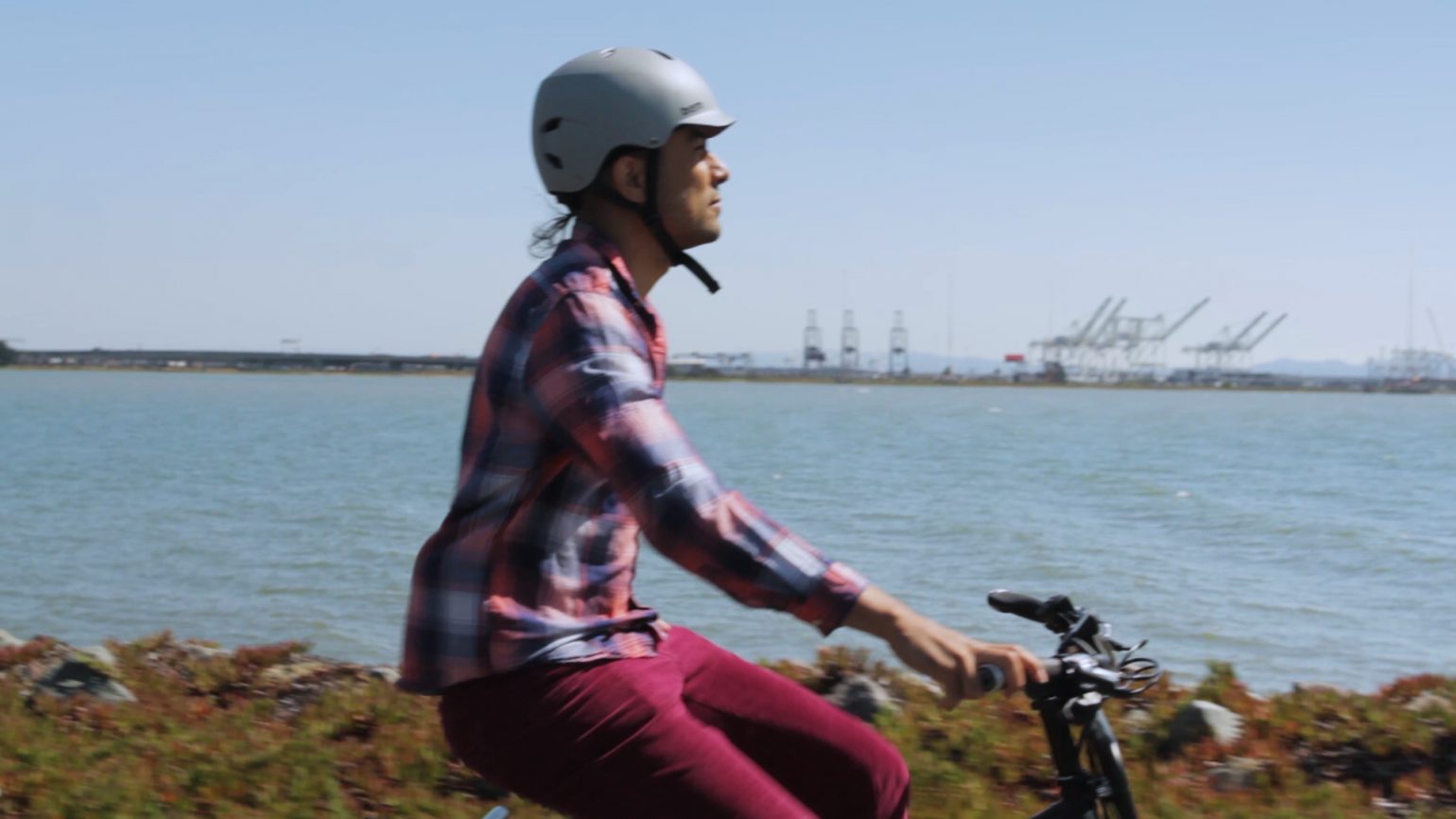 Velo Visionaries presents a series of interviews with great thinkers of today’s global bicycle culture from the point of view of the person behind the handlebars.

Traveling by bicycle provides a unique perspective on your surroundings, often inspiring moments of insight and creating a profound connection to your community.
In Episode 4 of Velo Visionaries, we talk/ride with Gabe Dominguez, bandleader for SHAKE YOUR PEACE! and co-founder of the Bicycle Music Festival.

Kristin’s storytelling provides viewers with deeply immersive and visceral experiences that intend to inspire action and transform minds. She has earned an international reputation as an environmental filmmaker and skilled documentary editor. She is known for her award-winning environmental and social commentary films, including “Forms of Identification” (2011), an experimental film about identity crisis, and “The Spinster” (2013), a bicycle horror film that won the Jury Prize at the Boston Bike Film Festival. Her popular short film series “Velo Visionaries” (2015-2017) is enjoying global exposure at film festivals focusing on urbanism, sustainability and biking. Kristin has conveyed her love for nature and wildlife with “The Invisible Mammal” (2016), an award-winning short film series about bats.

Kristin has worked as a producer and editor on feature documentaries that include the Sundance Audience Award winning “Fuel” (2008), the PBS/Independent Lens film, “Power Paths” (2009), and the festival winner, “Love Thy Nature” (2014).

Kristin holds a Master of Arts in Television, Radio and Film from the S.I. Newhouse School of Public Communications at Syracuse University, where she received awards from the National Academy of Television Arts and Sciences in screenwriting and sound design. She is currently pursuing a degree in Sustainability at City College of San Francisco. Kristin received certification in GRI standards sustainability reporting in 2017. She is also a certified cetacean naturalist, a dedicated urban cyclist, and a mindfulness practitioner.